Our addiction to acronyms

I started my career in IT at NAB, as a TCO in FES, which looked after NAB’s ATM and POS network. Did you understand that sentence? My guess is no. You may have deciphered some of those acronyms and abbreviations, but probably not all of them.

Now, let me rephrase it without all the acronyms:

Which is easier to understand? The second explanation without acronyms, I expect.

One of the main reasons we create acronyms is to make communication easier and more efficient. For example, most people would refer to an automatic teller machine as an ATM and National Australia Bank as NAB.

Other acronyms like a PIN (personal identification number) were extremely new technical terms about 30 years ago, but today they are part of our everyday language. So, we can assume most of us understand. Another example is the word scuba which originated from a Self-Contained Underwater Breathing Apparatus. Hence, scuba and ATM have made communicating about the topics they relate to more efficient.

Unfortunately, acronyms become very inefficient when people don’t understand what they mean or have a different understanding. For example, SME. Some will think of Subject Matter Expert, while others will interpret that as Small to Medium Enterprise. This is also illustrated by the acronym STI. During my corporate career, I always knew this as Short-Term Incentives, but others will automatically think it means Sexually Transmitted Infections. Any confusion here could lead to a very awkward conversation with a new employee. Especially if you ask what STI’s they currently have and which ones they are looking to acquire.

Deciding if people will understand the acronym is a judgment call that unfortunately, we often get wrong.

Adding to the problem of potential misunderstanding, we are also seeing an increase in new and unnecessary acronym use. It seems we are addicted to acronyms.

Below are two examples that demonstrate how acronyms can be disengaging when used with customers or people outside your industry or company.

While at lunch with a friend, I asked the waiter what white wine they had by the glass. She replied, ‘We have an SB or SBS’. I sort of thought I knew what she meant but wasn’t totally sure so I asked for clarification. As suspected, it was Sauvignon Blanc and Sauvignon Blanc Semillon. If acronyms are used for efficiency, surely it would be more efficient and effective to avoid reducing the wine types to acronyms, especially if it will most likely require an explanation from the waitress.

The second example comes from a recent email from my ﬁnancial planner. While discussing my investment she mentioned BPS. Having a technology background, I immediately interpreted that as bits per second, but I asked her to clarify just in case. It was a good job I did because it referred to basis points (which proves you can even translate two words into a three-letter acronym). The use of this acronym resulted in two additional emails being sent to clarify understanding. It also made me feel a little bit like an idiot for not knowing what it meant …which is not what you want your clients to feel.

The increase in unnecessary acronyms in business is driven mainly by companies with guidelines such as “documents can only be two pages long” or “presentations four slides in length”. The result? People use a smaller, less legible font, or include unnecessary acronyms to save on space.

Another company I know refers to their employees as EEs (yes, meaning employees) both in the written and spoken format. Surely, we don’t need to reduce this word (and concept) to an acronym?

In the past I worked for had a company with a database containing all their acronyms and there were more than 2500 entries. This is enough to give any new recruit nightmares! I did not even dare ask what this database was called because I just knew that too would be an acronym— perhaps the ADB (acronym database).

Recently a client of mine moved to a new company and was reading a 10-page report. The last page contained a list of all the acronyms in the report that she had to keep referring to. In an attempt to change the culture and wean her new team of the unnecessary use of acronyms, she asked for the report to be rewritten without any acronyms. Therefore, eliminating the need for the glossary. The report ended up being the same 10 pages but much easier for the reader to understand.

In summary, if you are only using the term a few times over the whole report, you do not need to reduce this to an acronym. It makes it harder for the person you are communicating with to understand. The same applies to verbal communication as well as written.

Remember that when you use acronyms you are putting all the onus and hard work on the reader to interpret what you are communicating. Put bluntly, using too many acronyms is just lazy and results in poor communication.

Acronyms can be very efficient if everyone understands what they mean. However, always consider if this is the case, otherwise unnecessary acronyms will lead to your communication becoming less efficient and effective. 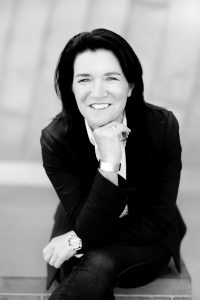 Gabrielle Dolan is a best-selling author and international speaker on business storytelling and authentic leadership. She is also the founder of Jargon Free Fridays. Her latest book Real Communication: How to be you and lead true, is published by Wiley. Follow this link to find out more about Gabrielle.